Summertime, and Infant Aquatics℠ continues to train instructors worldwide. Our newest instructor is Mariajose Artavia Oreamuno from San Jose, Costa Rica. Affectionately known by her students as MJ, she completed her training in July, while 7 months pregnant with her second child. Mariajose is a former professional swimmer from San Jose-Costa Rica, who worked as a nutritionist doing medical research and clinical trials until the birth of her first child in December 2012. After her son was born she began researching survival swim programs and discovered Infant Aquatics℠. She realized that there was no comparable program in Costa Rica and wanted to offer our innovative course to families in her country. 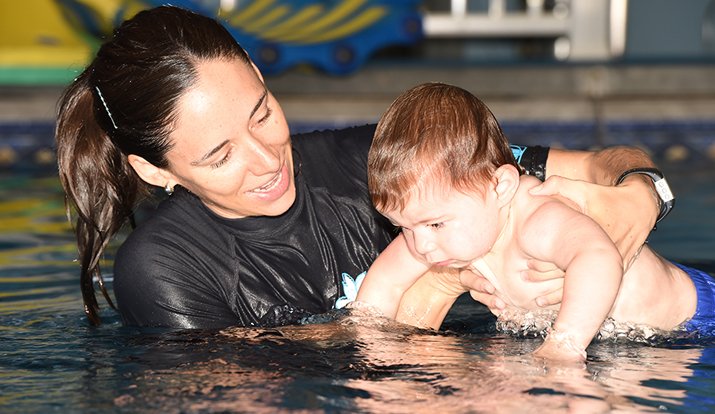 MJ’s training partner was Darla Bradford. Darla’s history with Infant Aquatics℠ dates back to 2003, when she brought her then 5 year old son with intense water fear for lessons. Her bright child has a high functioning form of autism that is similar to Asperger’s Syndrome. Darla recognized the importance of overcoming his fear and was amazed to witness her high-anxiety son confidently swim across a pool in full winter clothing in only two weeks. Darla realized that water survival skills were not an option for her second son, who started lessons at 18 months. She joined the staff at SWIM•Float•SWIM!℠ last fall as a stroke instructor, and has earned the admiration and respect of students and parents alike. 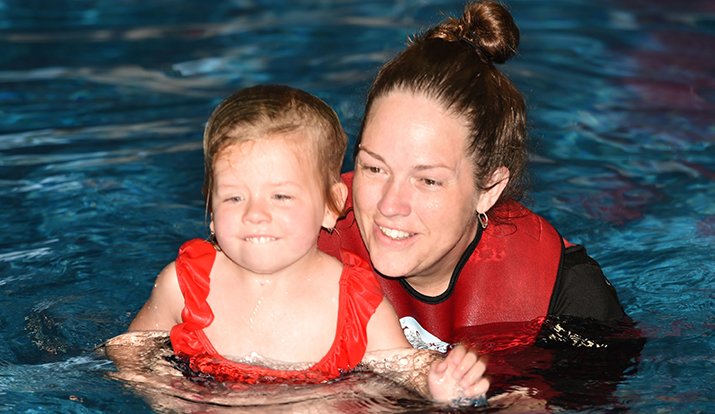 Darla writes: “I am a devoted believer in infant aquatic survival℠ skills. I am so excited to now be learning how to teach skills that have helped make such a positive contribution in my own children’s lives.”

Infant Aquatics℠ continues to grow both nationally and int

We are proud to announce the addition of Monika Chiappetta t

A demanding spring season for Judy Heumann has resulted in t